What are some of the common diseases of pet turtles?

What are the signs of these diseases?

Vitamin A deficiency (hypovitaminosis A) occurs as a result of feeding turtles an inappropriate diet. Turtles that are fed iceberg lettuce, an all-meat diet, or a poor-quality commercial diet are most likely to develop hypovitaminosis A. Lack of vitamin A produces changes in the epidermis (outer layer of the skin) and in the mucus-producing glands and membranes lining the mouth, eyes, kidneys, and upper respiratory tract. Symptoms include a lack of appetite, lethargy, swelling of the eyelids (often with a pus-like discharge), swelling of the ear (due to the formation of an ear abscess), kidney failure, and respiratory infections.

In turtles, most respiratory tract infections are caused by bacteria and are often secondary to vitamin A deficiency. Turtles with respiratory infections may have excess mucus in their mouths (seen as bubbles in the mouth, nose, and eyes), nasal discharge, lethargy, loss of appetite, wheezing, extension of the neck to breathe, and open-mouth breathing or gasping. If the infection is severe, or if it spreads into the lungs, causing pneumonia, the turtle will often be seen tilted to the side while swimming, as its buoyancy will be affected.

"In turtles, most respiratory infections are caused by bacteria and are often
secondary to vitamin A deficiency." 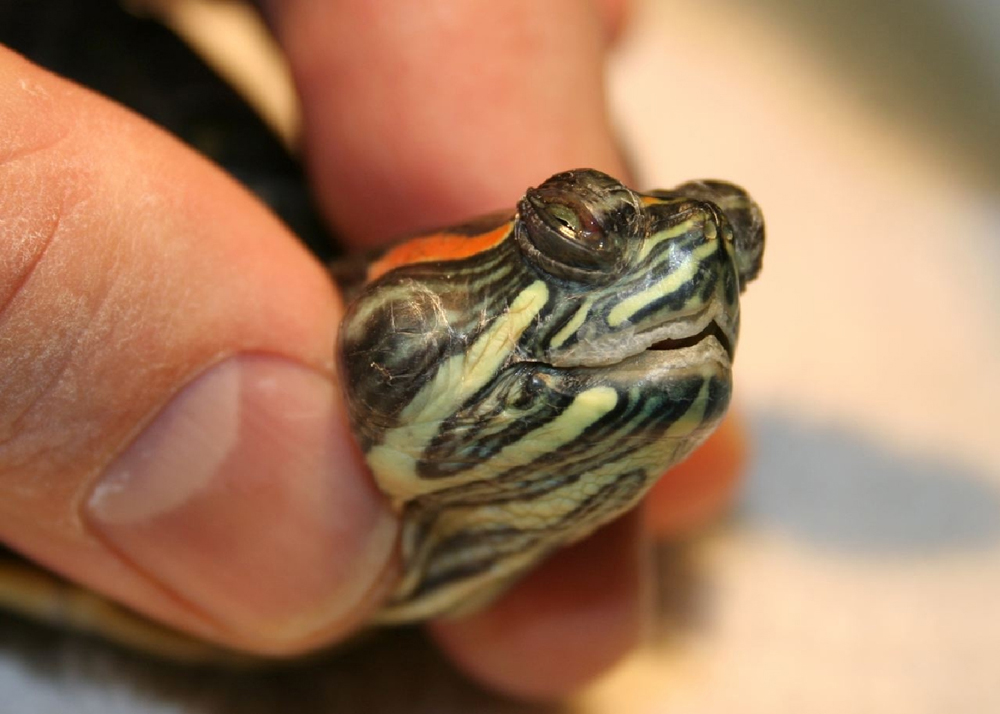 Abscesses (infected, pus-filled swellings within a tissue of the body) appear as hard, tumor-like swellings anywhere on the skin or within the pet's body. Reptile pus is usually very thick and dry, with the texture and consistency of cottage cheese. Abscesses often develop in turtles’ ears, and they appear as large swellings on the sides of the head, just behind the eyes. Abscesses in turtles are often related to vitamin A deficiency.

Shell infections (also known as shell rot) are often encountered in turtles and are caused by bacteria, fungi, or parasites. These infections are often secondary to trauma, burns, or bites. Some of these infections can penetrate deep into the layers of the shell, causing ulcers or pitting of the shell or extension into the bone below. The outer layer of the shell (keratin) protects the live bone underneath; the shell is an extremely important form of protection for the inner organs which are located beneath the shell.

Gastrointestinal parasites, such as roundworms, are common in pet turtles. In many cases, parasitic infections do not cause any clinical signs; they are detected on a routine fecal examination. With severe infection, parasites may cause diarrhea or weight loss and may require treatment.

How can I tell if my turtle is sick?

Signs of disease in turtles may be specific for certain diseases, such as nasal discharge in the case of a respiratory infection. More commonly, signs of illness are non-specific, such as a turtle with lack of appetite and lethargy, which can be seen with many diseases. A turtle who shows any deviation from normal should be evaluated by a veterinarian as soon as possible.

How are turtle diseases treated? 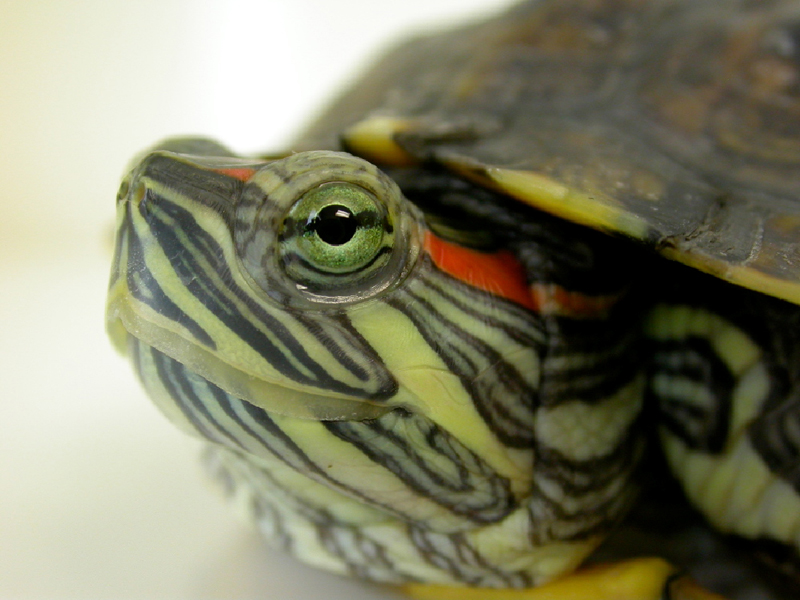 Vitamin A deficiency is treated with either oral or injectable vitamin A. Vitamin A deficiency typically indicates improper nutrition that must be corrected. Treatment should only be performed under veterinary supervision, as overdose of vitamin A to treat hypovitaminosis A can occur.

Respiratory infections are most often caused by bacteria. Many turtles with respiratory tract infections also have underlying vitamin A deficiency that requires correction. Your veterinarian may recommend taking radiographs (X-rays) and running blood tests and cultures to determine the cause of the infection. Treatment of respiratory tract infections usually involves administration of antibiotics, given orally, through injection, or possibly as nose drops. Very sick turtles may require intensive care, including fluid therapy and force feeding, in the hospital.

Abscesses are treated surgically. The abscess is opened, pus is drained, and the affected tissue is flushed with a medicated cleansing solution. A culture of the abscess is typically recommended to determine the type of bacteria that is causing the abscess. Topical medication, plus oral or injectable antibiotics, may also be required.

Veterinarians often can repair shell fractures. Shell infections can be challenging to treat but usually involve performing microscopic analysis and culture to identify what type of organism (virus, bacteria, or fungus) is causing the infection, thoroughly cleaning the shell, and treating with appropriate medications.

Gastrointestinal parasites are treated with deworming medications. The type of parasite identified on a microscopic analysis of the stool will determine which drug is needed.

© Copyright 2020 LifeLearn Inc. Used and/or modified with permission under license.

View All
Browse Our Library of Resources Pet Health Library

Proud to Serve You!

If you have an emergency after regular business hours, please call our Hospital at 905-852-3319 and you will be directed to an emergency facility contact number.